Mike Rosenberg has been playing drums since the ripe young age of 11 years old and hasn’t put down the drumsticks since. He’s played in the School of Rock as a usual House Band member and went on to tour several times as a School of Rock All Star, playing stages such as Red Rocks Amphitheatre and Lollapalooza all before turning 18. He loved playing in the program so much that at one point, he was enrolled at 3 different schools at once, playing and rehearsing almost every night. He now teaches at his local school in Littleton, Colorado.
He has played in several bands in the past, putting out a rough prog rock album with his band Agrionius, touring with his Post Rock band Springfield around the midwest and playing regular gigs and festivals with his third band, a classic rock inspired band called Steam Train.
Finally he joined Jr. Rabbit and hasn’t looked back. He’s recorded several EP’s and singles with them and loves putting on wild “anything goes” type shows with them. They play anything and everything they want from jazz to prog rock to indie garage rock. You name it, they play it.

I use the 5A stick and I personally LOVE these sticks. They are durable, dense sticks that have just the right weight and balance to them. I’ve been using the sticks regularly for a month and a half or so and they still look new. I would definitely recommend these sticks. Something I love about the Collision brand is the closeness that you feel from company to player. there’s a familial aspect to the company that never feels like you’re talking to some faceless giant. You always feel like you’re talking to someone who cares about you as a musician and wants to give you the best product they can give. You feel that way because that’s how the company wants to operate which I love a lot. 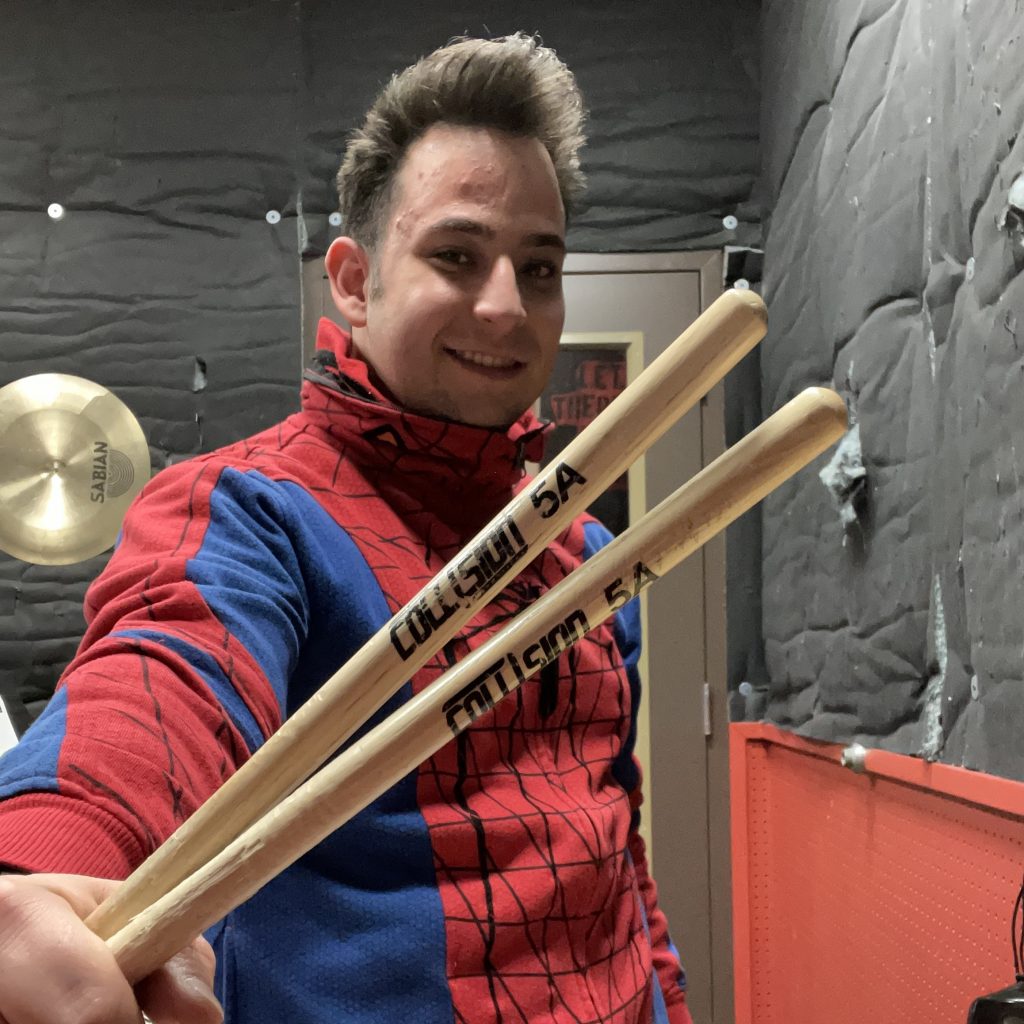