band: Confessions Of A Traitor

I’ve been playing since 2007 and to date have been in bands covering most genres. My love of being in bands compared to session playing is a group of people all pushing for the same goals, and being immensely proud of the outcomes. I joined Confessions Of A Traitor in 2015 which opened my eyes even more to modern metal drummers and this gripped me, I’ve never looked back. The same year I also came across Collision and this concreted my sound, live and on record. Since this point, I’ve never felt so comfortable playing drums.
We have toured mainland Europe, headline toured Eastern Europe, supported bands in the UK and abroad such as Architects, Bury Tomorrow, Bleed From Within, Crazy Town, Caliban to name a few. We have been lucky enough to play festivals abroad which have been a dream of mine for so many years! Confessions are influenced and inspired by bands such as Silent Planet, Being As An Ocean, Wage War, Northlane, August Burns Red to also name but a few.
I am endorsed by Collision and MEE Audio, but also play Mapex, Zildjian, Gibraltar hardware, DW pedals, Evans tom skins, Remo snare skins, and Snareweight.

I play the 5BR stick and wouldn’t want to play anything else!
My favourite thing about the brand is how easy everything has been made for the artists, plus how perfect the sticks feel to play, so we can focus on what’s important, drumming!
I would recommend Collision to anyone and everyone because they genuinely are the best stick I’ve used, and over the years I’ve tried out lots. Due to my height, I have to sit further away from the kit so that extra stick length is incredible for me and I’ve not seen another stick like it. 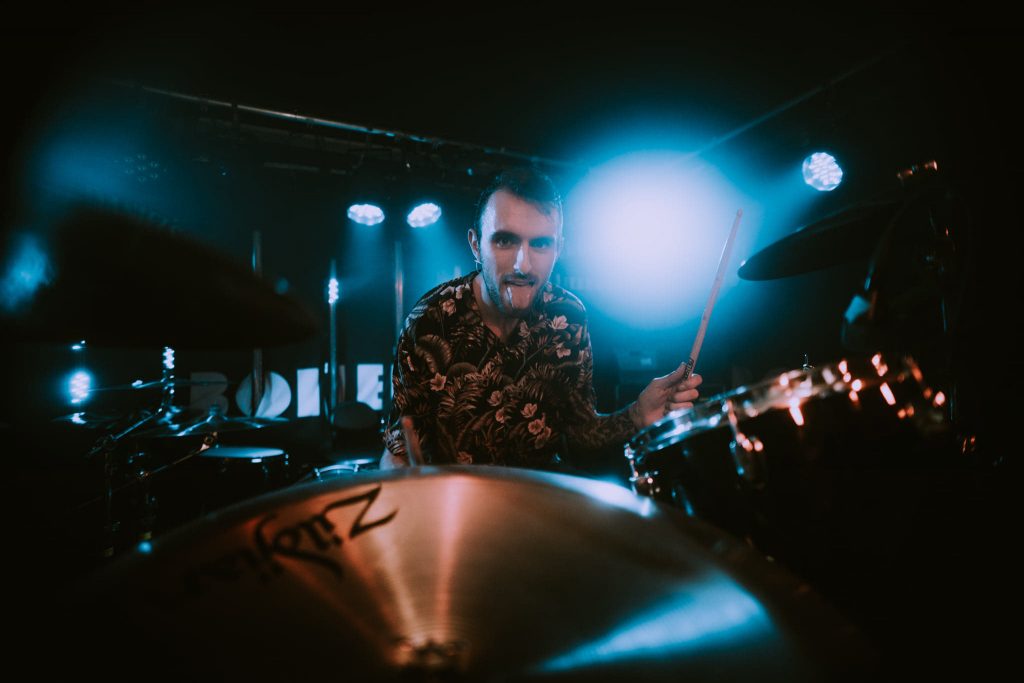