Ted has been playing drums for over 3 decades. Throughout his musical career he has played in various rock bands such as Desperate Measures, Sunstain, Hot Rod Otis, and Evelyn’s Ashes all throughout the Pennsylvania and Maryland areas over the last 25 years prior to joining Madison Rising in early 2019. With MR picking up steam tragedy struck in mid 2020 and Madison Rising had been forced to change their name to Made 2 Rise, this due to the untimely passing of Madison Risings founder. During the Madison days, Ted has toured the country with MR under the label of “Americas Most Patriotic Rock Band” given to the band by Rolling Stone Magazine. In 2019, the band had also been the recipient of the Jose Music Award (JMA) for patriots of the year, due to the bands work and performances within in the US military and first responder organizations/community around the US. The band also had written a song for and at the request of the Navy Seal Foundation titled “Men of Steel” which has seen national notoriety and radio play. Now in 2022, Made 2 Rise continues touring on a regional and National level, having shared the stage with such acts as Sevendust, Papa Roach, Fuel, Crossfade, and many more. Ted has recorded professionally on 7 studio albums with an 8th currently be completed in early 2022. For Made 2 Rise, Ted states “we have taken a hard hitting rock and roll path, a little different from the MR days of old, but with this, many things are in the works to even further our musical journey and continue to rock the nation as we have committed ourselves to do”. With the musicianship and drive within Ted and the rest of his bandmates in Made 2 Rise, these guys see the sky as the limit for the future.

I play collision 2B custom Sticks. These sticks have a great feel in your hands, are extremely durable, and with using a bigger size such as 2B sticks, they are light weight, and very comfortable no matter what style of music you play. My favorite thing about Collision, outside of this product being a great product, is the family oriented setting within the Collision team at all levels in the organization, as well as within the artist community. This group of individuals, are second to none. I would recommend Collision sticks because of the people within the brand, as much as the high quality of the sticks themselves. I am excited for the future as part of this increrdible brand and family. 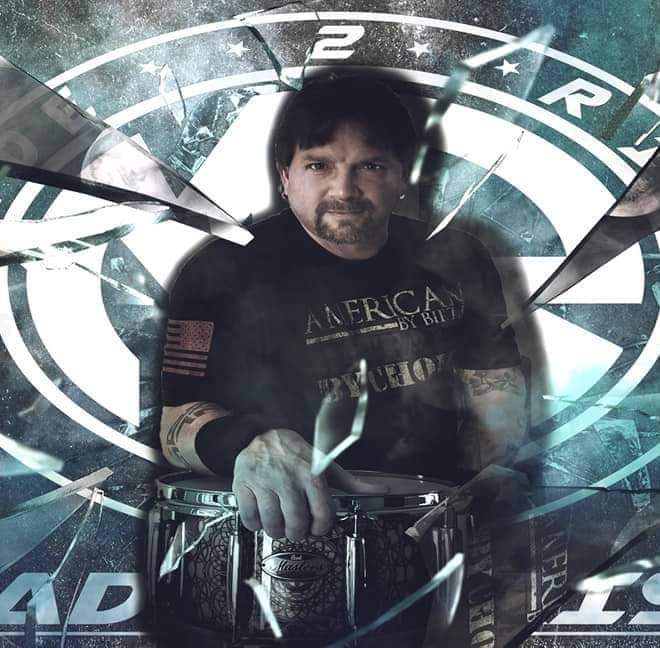