I started playing drums when I was 7 years old. One of my cousins stopped by my house with a pair of drumsticks and a practice pad and told me “You’re a drummer now.” I started learning rudiments right then and there and jumped headlong into the world of drumming. Since then I played in every school band offered to me from 5th grade through High School.
I’ve been in several bands leading up to Broken Glass Sanctuary (BGS) but joined BGS in the summer of 2020. I had just come off a knee surgery when the vocalist, Nick Albert, approached me and asked if I was willing to try out for the band. I spent the whole next day learning one of their songs and submitted a playthrough video for them to see what I could do for the band. Not long after that, they asked me to join fulltime. Since 2021, we’ve released a full length album, a music video and have played a variety of shows. Opening for bands such as, The Last of Lucy, Ominous Ruin, Ov Sulfur, and Splattered at venues like Holy Diver, X Bar, and Toots Tavern.
Broken Glass Sanctuary is a Death Metal band comprised of: Nick Albert-Vocals, Benny Perez-Guitar, Michael Whitehead-Guitar, Zach Jakes-Bass
### Press quotes & testimonials?
“In many ways, that’s what I want out of this particular strata of the death metal world. I want that landslide of drumming to make it feel like I’ve decided to get into a fistfight with a car, the constant thunder of the band serving as a way to mow the listener down constantly. So when I make reference to finding an album or two a year that is kind of an endless guitar-riff apocalypse – and I think I’m up to four this year – this band has found themselves among that group.”
– No Clean Singing

I am currently playing the 5A Reach drumstick, which is my preferred size stick. The best thing about Collision for me, is the strength and durability of the drumsticks Collision has to offer, in a variety of sizes and lengths. As a metal drummer, I’ve been looking for a drumstick that can hold up to the intensity of hard hitting and fast tempo music. I would recommend Collision to anyone who is looking for the best drumstick on the market, the company stands behind its product and is willing to help with anything the consumer may need. 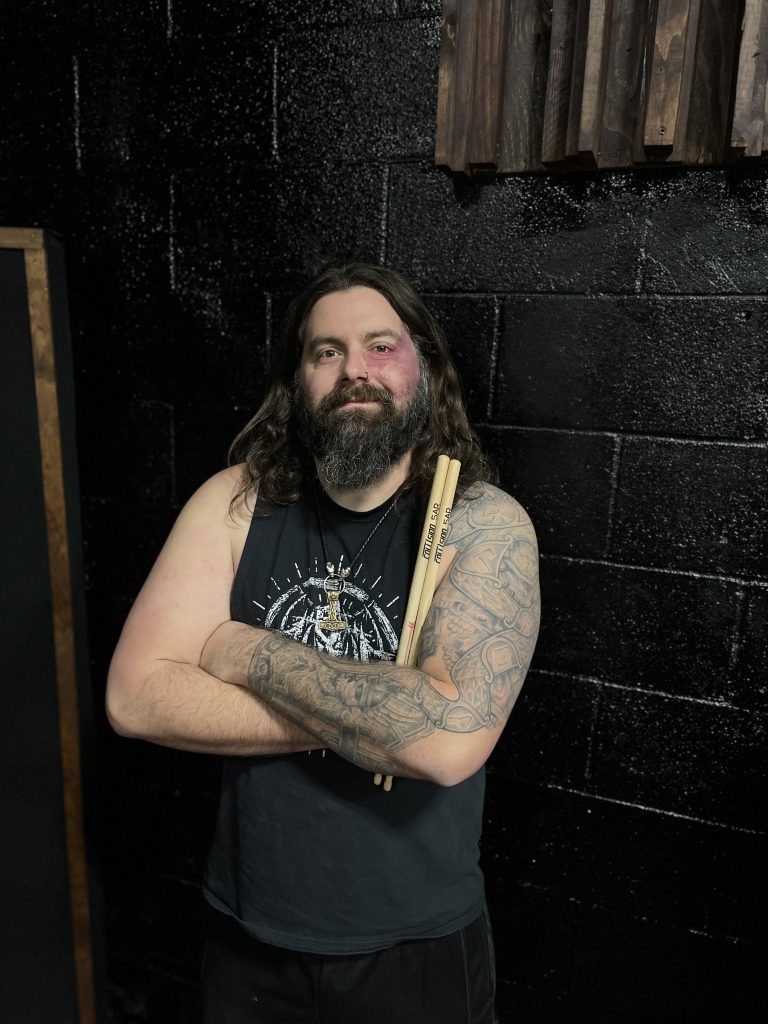